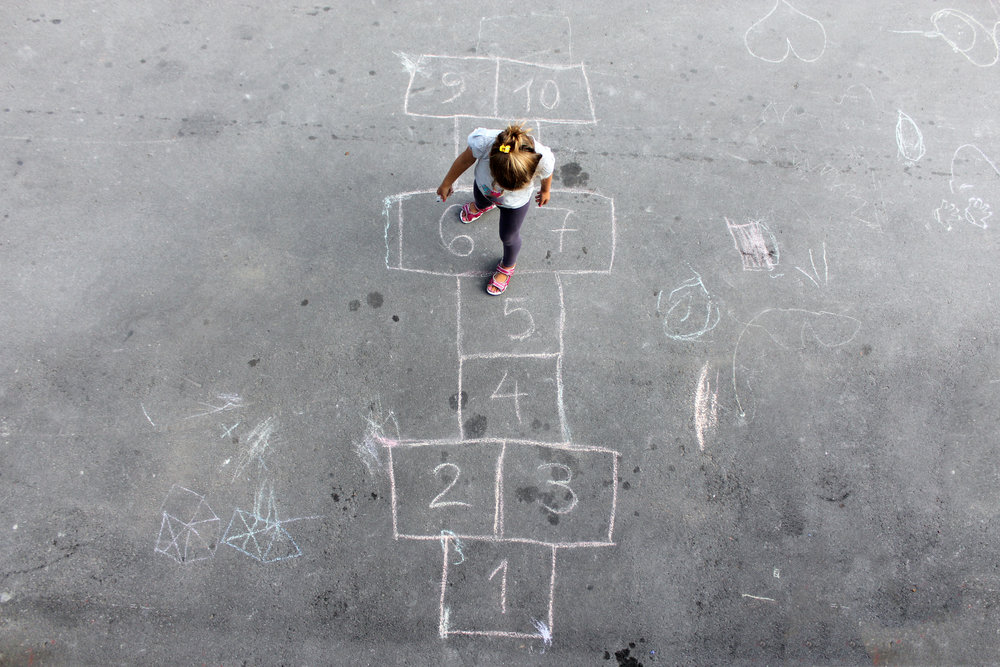 Tessy Britton is Chief Executive of Participatory City Foundation, an initiative that starts to build a large urban Demonstration Neighbourhood in a London borough (of 200,000+ residents) in early 2017.  Working closely with the local authority and many other collaborators the intention is that over a 5 year period this neighbourhood will become a model of equality, wellbeing and sustainability.

For the last 6 years I have been researching and prototyping new ways to support widespread practical participation, the kind of participation that works with the fabric of daily life.

Local people have been inventing unique and innovative projects across the globe. Taken together these projects paint a picture of a different kind of neighbourhood – where positive effects are generated – by everyone, for everyone – in the course of going about their daily lives

The Participatory city Foundation is funded by the London Borough of Barking and Dagenham, the Esmee Fairbairn Foundation, the Big Lottery Fund, City Bridge Trust and the Mayor of London.

The genesis of the idea has been built on research aimed at developing an approach to fostering more of these new types of inclusive participation projects, seeing this approach as a key building block for developing sustainable urban neighbourhoods for the future.

Discussions began with London Borough of Barking and Dagenham in March 2016. A partnership was formed to conduct a feasibility study in the borough and discussions began with a number of funders. Over a period of sixteen months the Every One Every Day initiative was developed and the first £3.95m was raised, allowing for the project to start.

The Participatory City Foundation, a new Barking and Dagenham based charity, was formed specifically for the purpose and began recruiting for the team on the 31 July 2017. A further £850,000 has since been raised through the GLA’s Good Growth Fund for the Warehouse facility, a co-working and makerspace for residents.

The initiative was launched in November 2017, with two high-street shops opening, one in Ripple Road, Barking, and the second in Church Elm Lane, Dagenham.

We work with 1,000s of amazing residents In Barking and Dagenham to build networks of friendship through the every one every day initiative.

Together we aim to co-create the first large scale, fully inclusive, practical participatory ecosystem.
It’s the first one of it’s kind in the world.

Barking and Dagenham has shocking levels of unemployment, homelessness, teenage pregnancy, domestic violence and early death. Until 2010, it was the main stronghold of the British National party. Its population turns over at astonishing speed: every year, about 8% of residents move out.

In its third year

The residents of Barking and Dagenham.

As mutually agreed by the funders, three sets of outcomes have been created to reflect these connected goals for the project.

OUTCOME A
Residents of Barking and Dagenham have opportunities to learn and develop, improving their own lives and those around them.

OUTCOME B
The borough becomes a place where everyone feels safe, welcome and optimistic about the future.

OUTCOME C
The benefits of participation at scale are evidenced, proven and documented for further adaptation elsewhere.

According to the grid below: 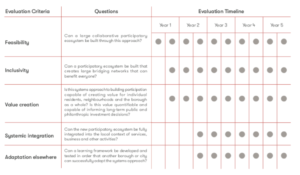