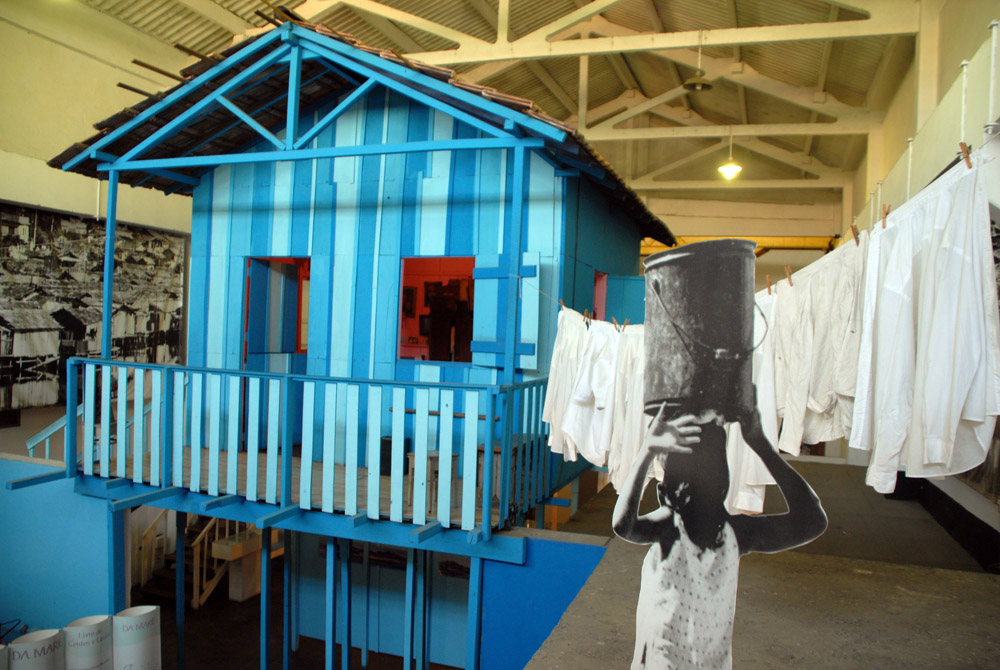 The museum developed through the merging of different realities involved in the creation of an archive related to the evolution, history and identity of Maré neighbourhood. Eventually, the idea of a permanent exhibition made its way and became a concrete action when in 2005 the idea got funded from the Ministry of Culture, and the museum was installed in an ex-factory.

The museum has been conceived as an entity strongly linked to its neighbourhood, which is the subject and the producer of the core expository material. Beyond being a repository of local history and identity, it became a community hub where several cultural and social events are carried out involving local population.

The Maré Museum is a set of actions aimed at recording, preserving and disseminating the history of Maré communities, in various aspects, be they cultural, social or economic. In this sense, it is possible to identify it as a co-created museum, being the showcase of the action of a community dealing during several decades with various circumstances and aspects of local life.

Once established, the museum acquired a stable managing team and has been setting up partnerships with national and international networks, foundations and public bodies. It is currently and actively collaborating with several external actors.

Its present function of community hub makes it a centre of cultural production and sharing, thus playing at the same time an active social role.

The project is well and directly connected to neighbourhood, through its location and the interaction between people, and it uses digital communication tools too.

It offers its spaces to host cultural events and community services, beyond attracting people from outside thanks to its permanent collections.

Maré is a semi-central area in Rio with some social disadvantages – part of the neighbourhood is considered a favela and it suffers from lower social and economical well-being- but with an interesting and peculiar urban development history, in fact it its initial stage it used to be a palafitte village.

To contrast negative social aspects and increase the community self-reputation and cultural access, a valorisation path of the peculiar identity and physical development of Maré has been carried out since 90’s, eventually transforming what was supposed to be a permanent exhibition into an active community hub.

The museum is permanent since 2006.

The primary target of the museum activities are, directly or indirectly, the inabitants of Maré Indeed, the museum is frequented by several other kind of people, like tourists and fellow Rio citizens.

Reinforcing the community identity, cohesion, self-esteem; creating an attractive space where knowledge of Maré, along with cultural production and sharing is fostered, connecting the neighbourhood with the city and beyond.

It is evaluated as a good example of a new way of making museums and understanding their social role, which go under the name of «new museology» and praises a strong relationship with museum and communities and places, and issues of identity, personal and community history.