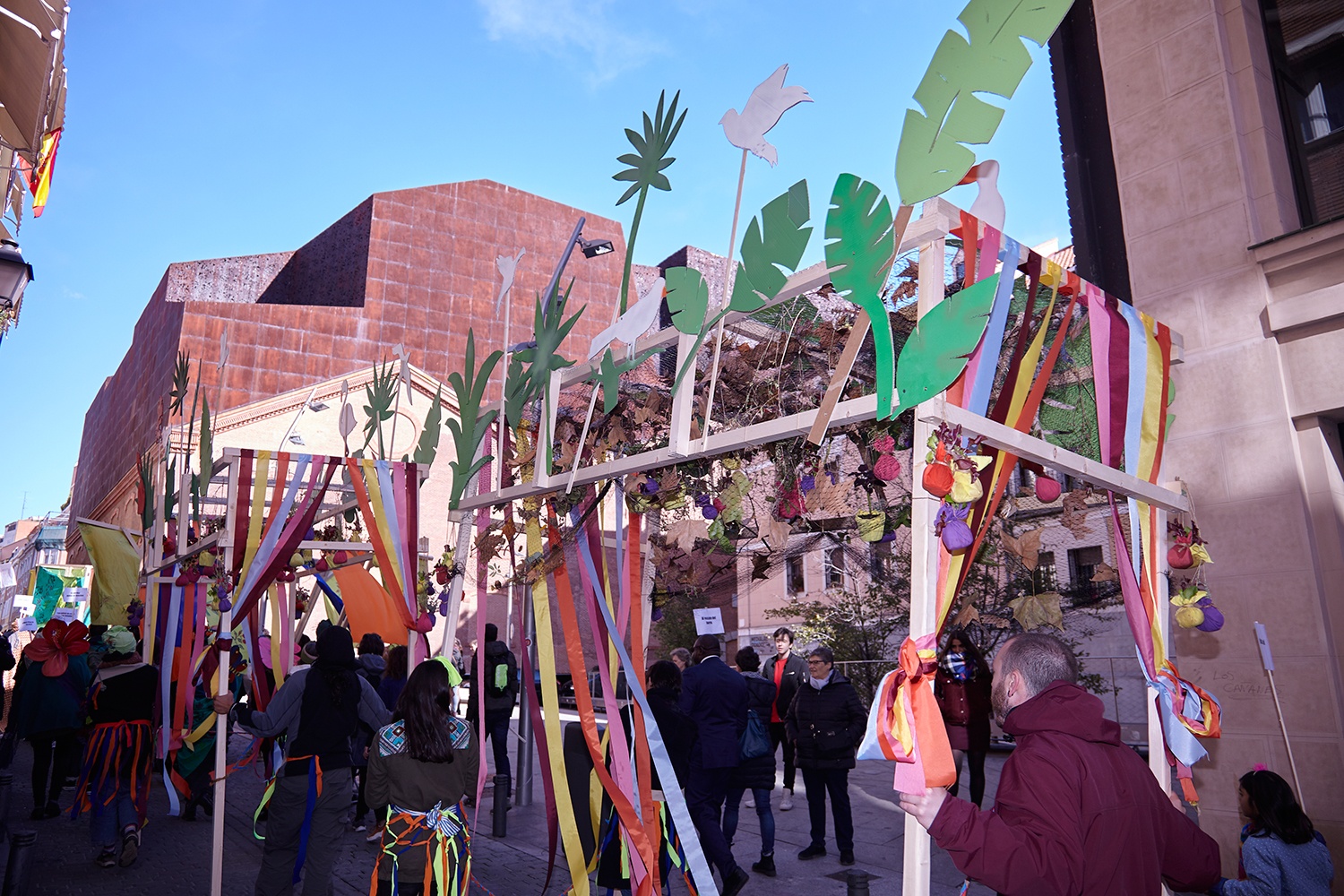 Grigri Projects aims to create and promote cultural, artistic and social research and productions, through participatory design projects and community processes of a transdisciplinary and situated nature. With this work, we wish to promote and energize intercultural dialogue through co- llaboration with other groups and agents at local and international levels. Gri- gri Cultural Projects is formed by Susana Moliner, curator and cultural ma- nager; Majo Castells, social designer and facilitator and David Pérez, archi- tect.

Their proposals are developed through collaborative methodologies and ex- perimental and open creative processes, which are always situated and in constant dialogue with the context.

“Grigri” is the name given in West Africa to objects that are used as amulets.
“Pixel” is the smallest element of a digital image.

Grigri Pixel is a program of residences, workshops and seminars that wants to explore the practices of cultural cooperation and citizenship between Afri- ca and Europe, by manufacturing grigris or magical objects to protect and re- enchant urban spaces through artistic practices and digital manufacturing, colla- boratively and experimentally from both continents. We understand the magical as the practices that are still to be built, the collective processes that are difficult to measure and quantify, the learnings that arise in the limits of the unexpec- ted and that are capable of changing ourselves by changing our closest envi- ronment.

In 2019 the fourth edition of Grigri Pixel is celebrated, around the theme of hospitality, with two main objectives: on the one hand, reflect on the power that arises in a territory when it is able to open, facilitate the meeting and give rise to to that apparently different, foreign and strange and; on the other hand, to demons- trate the capacity of these processes to enrich people participating on them, expanding their horizons and common imaginary.

The program is organized from May to October from three sessions in collaboration with the SERCADE reception center, a conversation between Marina Garcés and Felwine Sarr in Madrid, a workshop in Niamey, Niger and the planned pro- duction workshop from 14 to 27 October 2019 together with the African initiatives selected from Burkina Faso, Niger, Morocco, Dakar and Mozambique.

The program is organized from May to October from three sessions.

From neighbors to professionals.

Workshops and production of real objects inside a community. Reflection from conversation, and open call actions. 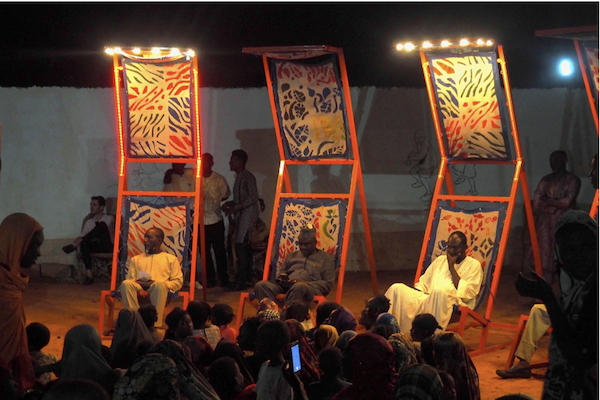