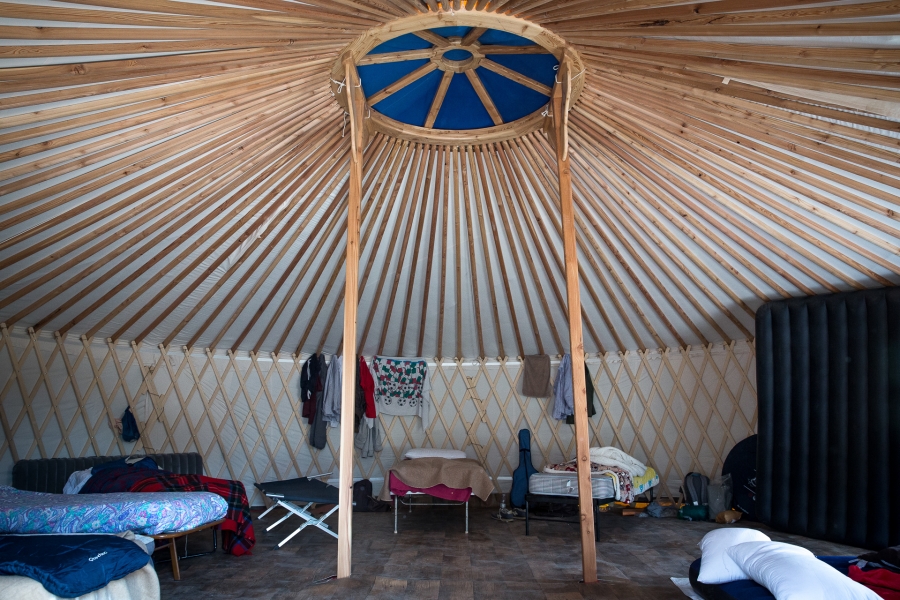 Areas affected by the 2016 earthquakes of Central Italy.

The project has been developed by researchers from affected areas and elsewhere who answered a call to gather for spontaneous, holistic, multidisciplinary, autonomous and community-engaging post-disaster research, launched by an association for self-help.

«Emidio di Treviri» is a collective research group that formed in the aftermath of the earthquake that hit central Italy in 2016-2017. The group, that comprises researchers coming from different disciplines, relies on on-field academic research as the main activism tool to establish criticism to the ways that post-earthquake conditions are being managed by the governmental bodies.

The main objective of the action is to identify the consequences that the post-earthquake management is having on affected populations, especially those who had been forced to relocate. The group investigates through an anthropological, psychological, architectonic and human geographical point of view, showing how the government relocation strategy is causing deep changes in the social/economic structure of the areas, which were suffering of rural-related issues even before the seismic event. At the same time, the group is proposing alternative policies to trigger the demographic and economic recover of the territory, promoting and testing crowd sourced strategies that are less bureaucratic, less constrained by a top-down organisation approach that obstacles chances of informal but efficient community-management of basic services, easily performable by groups of citizens directly on their properties or in available buildings, and self-reconstruction of buildings (when possible).

The group is composed by several Research Networks, each of them is focusing on specific effects of the seismic event or specific post-disaster management policies and consequences, each group being strong of the correct expertise required by the case and is producing research material of academic level, through on-field quantitative and qualitative methods.

It then proceeds to share the knowledge produced through seminars and meetings with the affected population, to further discuss the findings, to evaluate pro & cons of the policies proposed and implemented by the government and the alternative solutions possible.

The earthquake impacted a rural territory already affected by several problems. Since the governmental emergency plan produced the relocation of many residents, the group started to research evidence of how such approach would further weaken the socio-economical status of the region, at the same time trying to let other underestimated local issues emerge in order to find solutions in time to avoid permanent damage.

So far the group has successfully run three yearly general meetings, where the knowledge produced is shared between researchers, local population and visitors participating at the meeting, which lasts several days and takes place in several locations in the affected areas.

The research groups are the main actor of the project, and they benefice from the disaster-research expertise they are accumulating; however, the affected population and their cultural/architectural heritage are beneficiaries too since they co-produce the research material which is ultimately meant to help and foster the recovery of the territory and the society they live in.

The research group is not producing knowledge ex-post, since the output material is not intended to explain a past phenomenon, but it is studying the daily, ongoing development of the social-psychological and physical condition of the affected areas.

The result is not a critical report or an analysis about circumstances that already happened and are concluded, but instead is the creation of a research team that works as a tool able to sense the current conditions of the population and the physical heritage of the affected zones.

It is evaluated as a smart and interesting example of how communities can activate themselves, leveraging on their human capital, coordinating their professionals and scholars to create a research network and produce practical, live, inside knowledge, with the final aim of fostering the post-earthquake recovery.